Erica Cuttitta has been an advocate and leader in the tech community for over 20 years.

After graduating from Central Michigan University as a four-year Varsity letter winner in soccer and a degree in Management Information Systems, Erica Cuttitta continued to be a substantial force focusing in Healthcare Tech at Cerner Corporation. While there, she earned the customer-nominated All-Star Award 7 times in three years and was nominated to Cerner’s Accelerated Leadership Program.

Erica found tremendous joy in serving patients which led her to non-profit work at ARUP Laboratories, specifically pediatric genetic testing for critically ill patients at Children’s Hospitals across the US. There she grew the Genetic Biocomputing team from 9 staff to over 40 while improving diversity from 11% to 45% and implementing mentoring and sponsorship programs to elevate the next generation of leaders. She played a strategic role in partnering with ARUP customers to bolster their big data and cloud computing needs allowing ARUP and their partners to elevate their genetic testing programs to reach as many critically ill children as possible.

Now at Pluralsight as a Director of Software Engineering, Erica evangelizes their goal to Democratize Tech Skills. A techie by training and a passionate mentor, she brings an inspirational and empowering leadership style to all those who cross her path. In her short time at Pluralsight, she co-founded Women + Allies Coffee, restored the Leadership Guild as a top priority, and has become an outspoken advocate for all minorities in tech.

As a lifelong learner, she recently received her Executive MBA from the University of Utah in May where she was a class-leader and co-created Women in Business events to further connect the Silicon Slopes Tech Community with diverse talent across Utah.

To relax, she can be found in the woodshop of her co-founded small business, Park City Barn Wood, trail running in the Wasatch Back or attempting to keep 3 small humans alive with her partner, Steve at their home in Park City. 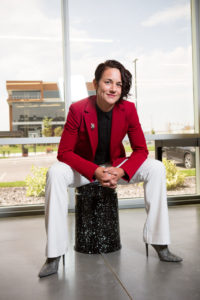 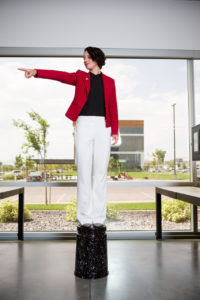 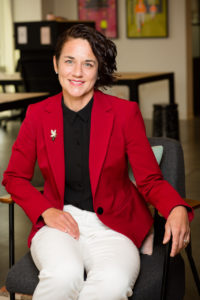