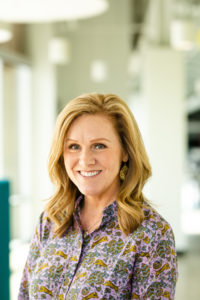 As Chief People Officer at Health Catalyst, Linda Llewelyn has relentlessly focused on culture and Diversity and Inclusion—as it shows. Recently, Linda partnered with the Company’s CEO to provide executive HR support in posting, interviewing, and selecting candidates for new executive positions, resulting in an increase of female executive-level roles from 29% to 36%. Linda provides executive leadership and actively participates in the Company’s three affinity groups: women-empowered, Queers & Allies, and the remote team member experience. She was instrumental in the successful creation and roll-out of the Company’s mentorship program, aimed at improving diversity and inclusion. Linda actively supports and participates in regular team member listening sessions and, as a member of the executive leadership team, she facilitates regularly-held team member small-group listening sessions. Both activities are directly aimed at promoting a Best Place to Work as well as driving an inclusive and engaging environment where team members feel fully supported in bringing their “whole” selves to the workplace. Health Catalyst consistently ranks between the 95th and 98th percentile satisfaction in Gallup employee engagement surveys and has received more than 45 Best Place to Work awards. Linda is particularly proud of the People Operations team she has formed at Health Catalyst and considers them “World Class.” She feels her success at Health Catalyst would not be possible without their incredible work and dedication to the Company’s team members. Together, she and her team have addressed unconscious bias through data-informed initiatives such as bias awareness training, gender decoding job postings, and the creation and implementation of a company-wide compensation job matching and leveling project supporting equitable pay practices. As a Utah-native, Linda believes in giving back; she participates in Women Tech Council, has provided executive support for the Catalyst Women in Engineering Scholarships, and supports Health Catalyst’s “Kids Code”; an initiative aimed at increasing young people’s interest in coding.